Zorya Arrow is a Winnipeg-based artist of mixed settler ancestry, who has been working professionally in dance, theatre, and film for nine years.

Zorya holds an honours degree in Dance, with a minor in Theatre and Film, from the University of Winnipeg, in affiliation with The School of Contemporary Dancers Senior Professional Program. Her additional studies in Grotowski physical theatre, and clown have been hugely influential in her work.

Currently, Zorya is in the early development stages of creation for a new dance work, as well as working for Young Lungs Dance Exchange, an artist-run support organization, as Managing Artistic Director. 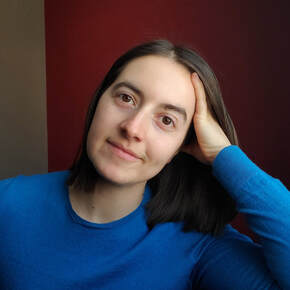