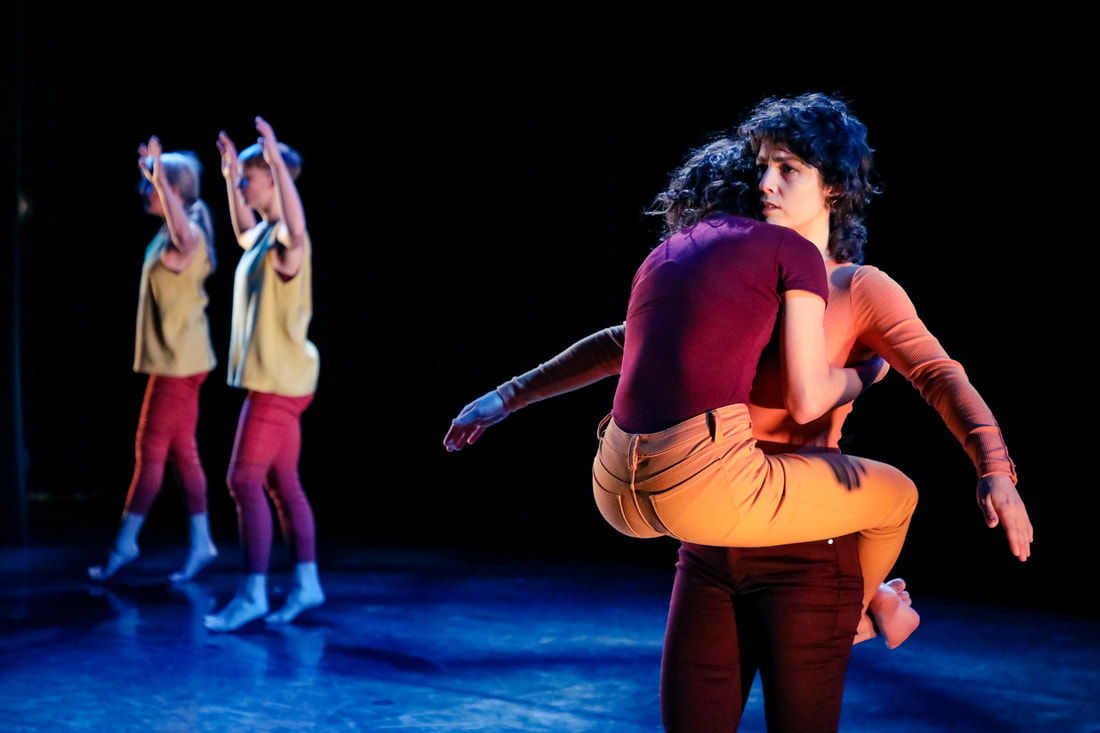 Sleep: This is when rest happens…when no change happens.
And, where is the rest in the waking?
Spring: Destruction and renewal is all around.
Relentlessness? What does it mean to move through the day? 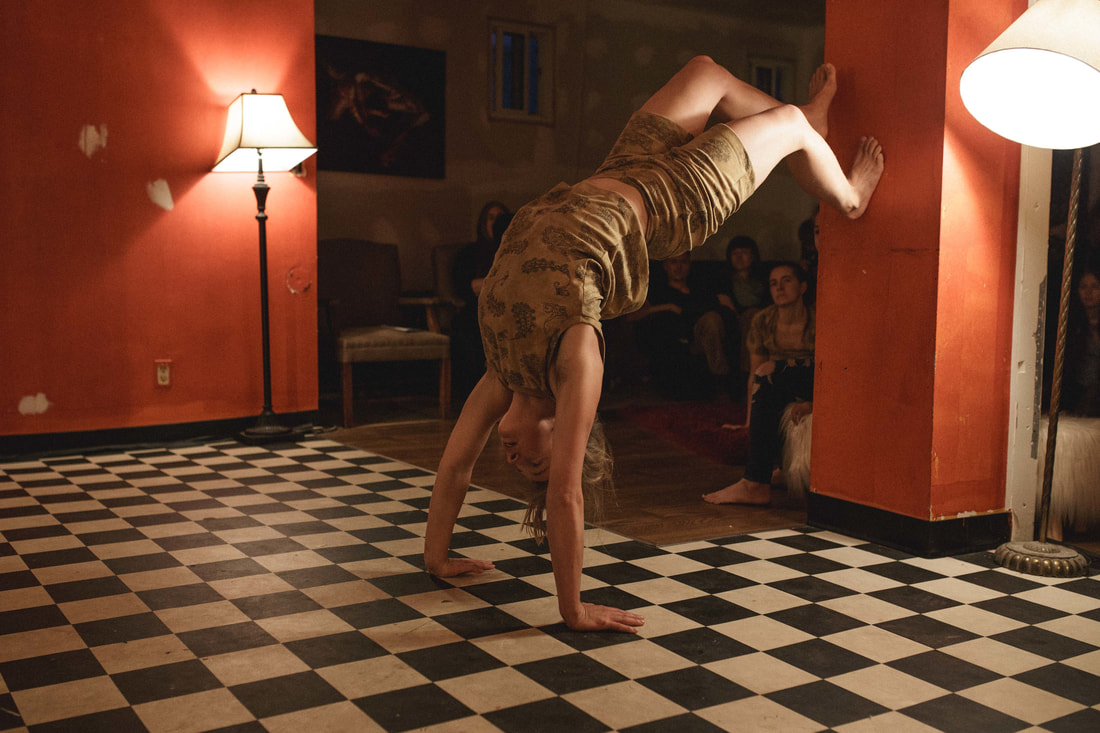 much too much to say, September 2017
Presented by Company Link at The B-Zone
Watch Video

The sun sets. The colour red. Pink, orange.
Real life altering things happen, most often, we keep going.
Invited to witness humanity in the raw, this process based work speaks to audiences through intimacy, transparency and exhaustion. The dynamic cast of much too much to say has informed the work’s contents, developed around the concept of identity as a verb.
Big thanks to the Manitoba Arts Council and the Winnipeg Arts Council for supporting this project. Thanks to Faye Thomson and The School of Contemporary Dancers’ Graduation Scholarship fund for supporting Emma Beech’s participation in this project. Thanks to Bunny of Pizza Boys and The B-Zone for hosting us here. Thanks to Leif Norman and Michelle panting for photographing, kayla jeanson for shooting. Thanks to the ushers and volunteers. Thanks to David McMurry Smith for instilling the concept of Identity as a Verb into my brain, to Arlo, Arne, Bo and Emma for offering their hearts to this process and to Jinx for being my big calm through this challenging year of grief. Thanks to my friends and family for supporting me in my life and work. Special thanks to Scott Leroux, my cheerleader in the sky. 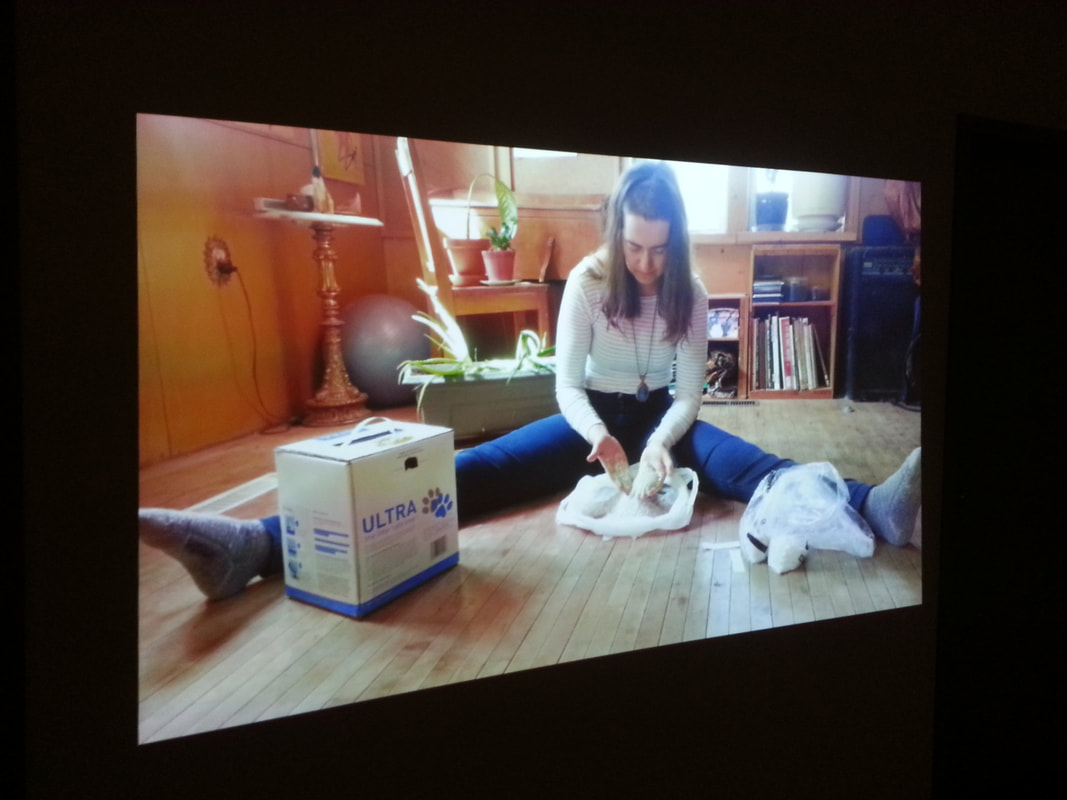 How To Recreate Human Cremated Remains, April 2017
An experimental tutorial video by Zorya Arrow.
Thanks to Kayla Jeanson for her help editing.
Watch Video 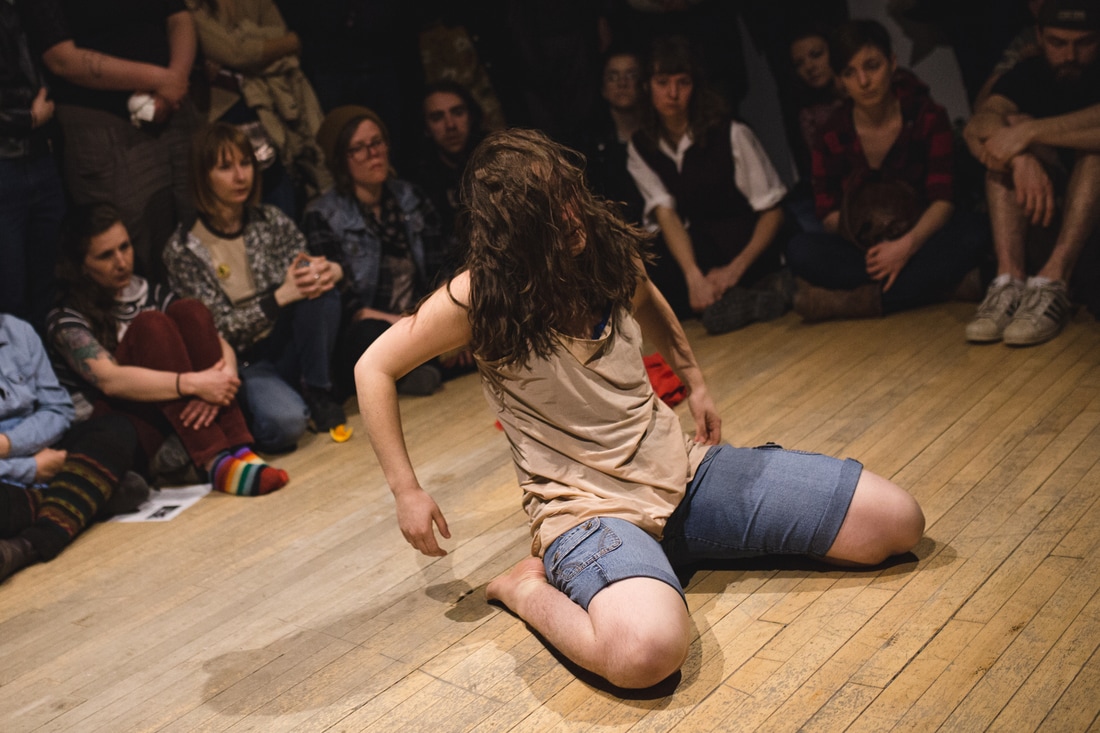 Thank you to Young Lungs Dance Exchange for supporting my initial research for this work, The James Black Gallery for hosting my artistic residency throughout this process, and to the Winnipeg Arts Council for their support in the creation of This Disposition. Thanks to Kayla Jeanson my trusted videographer, the people of Video Pool for their support in hosting this event, and D-Anne Kuby for all the details. Thanks to my friends and family for supporting me in my life and work and special thanks to Scott Leroux, forever my sweet instigator and unwavering support.
Z is for Zorya: A work-in-progress, February 2017
A film by Ed Ackerman
Featuring Zorya Arrow
Watch Video 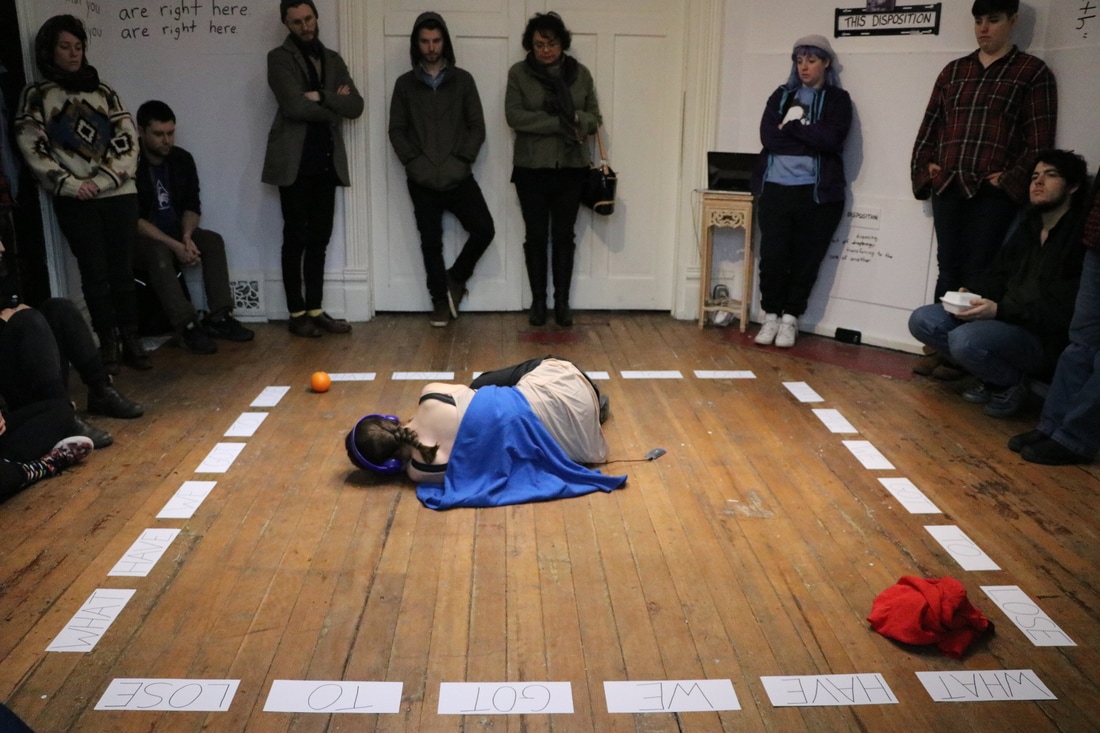 This Disposition, January 2017 (Phase Two)
Conceived & performed by Zorya Arrow during her two week residency at The James Black Gallery in Vancouver, BC.

Zorya Arrow spent her residency crafting a play list, writing, and moving around on the gallery floor, preparing for a performance that marked the three month anniversary of her partner's unexpected death.

With a massive drop in energy levels, due to what grief apparently can do to a person, Zorya's performance project, which had been gearing up in the fall of 2016 to become a solo dance work, took a huge shift along with these new life circumstances. The work became about processing death and the reintegration into life.

With an audience of nearly thirty people to witness her, Zorya took the moment, giving shape to what it feels like three months into processing three and a half years of love, reshaped in an instant. 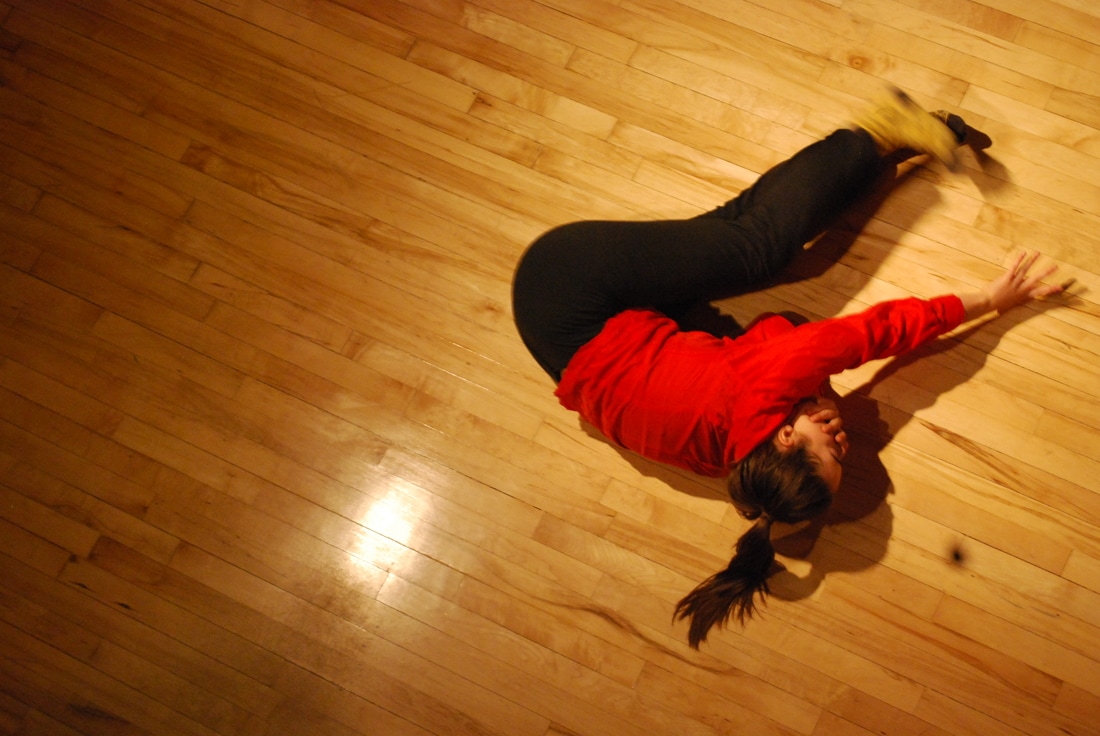 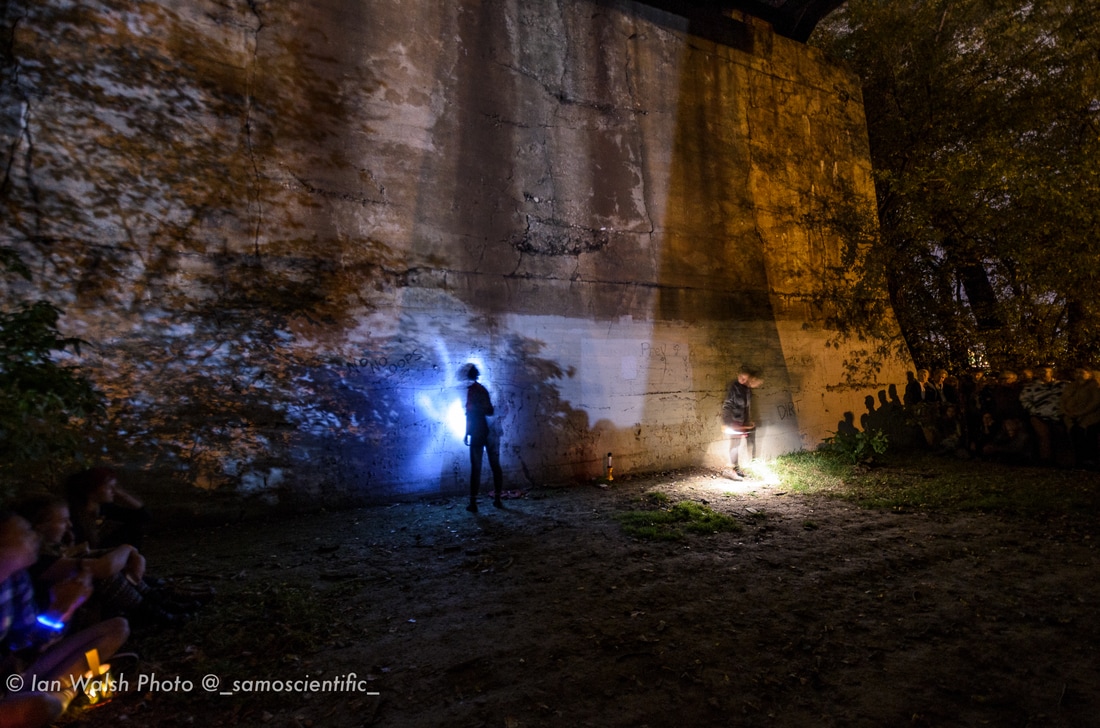 She Speaks the Night, September 2016
A Nova Dance Collective performance by Alexandra Garrido and Zorya Arrow with direction from Janelle Hacault.
Performed as a part of Nuit Blanche Winnipeg
Watch Video 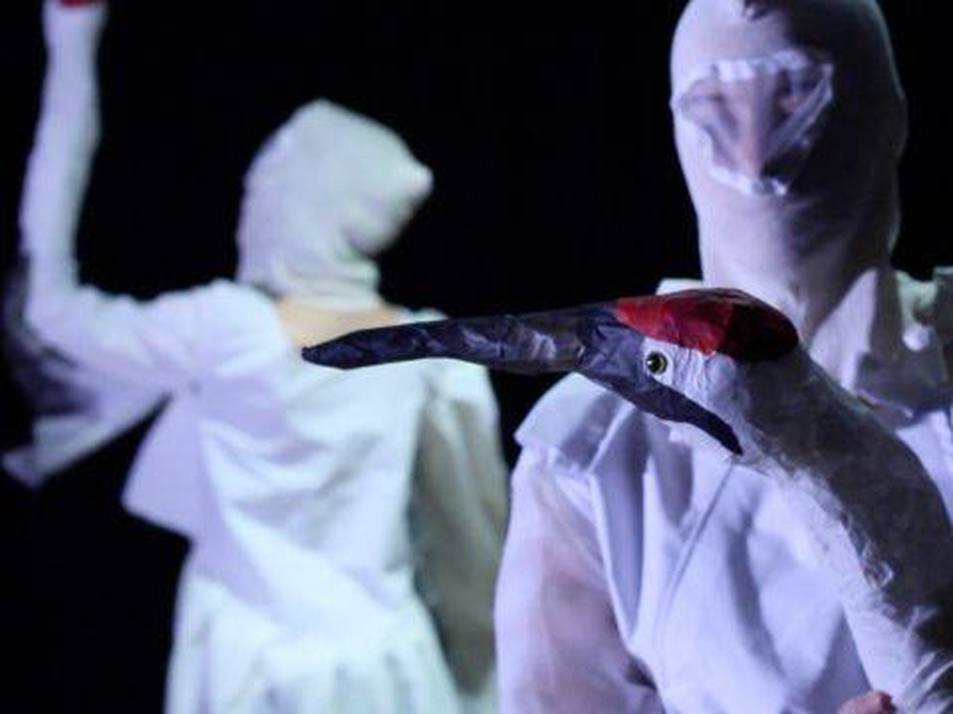 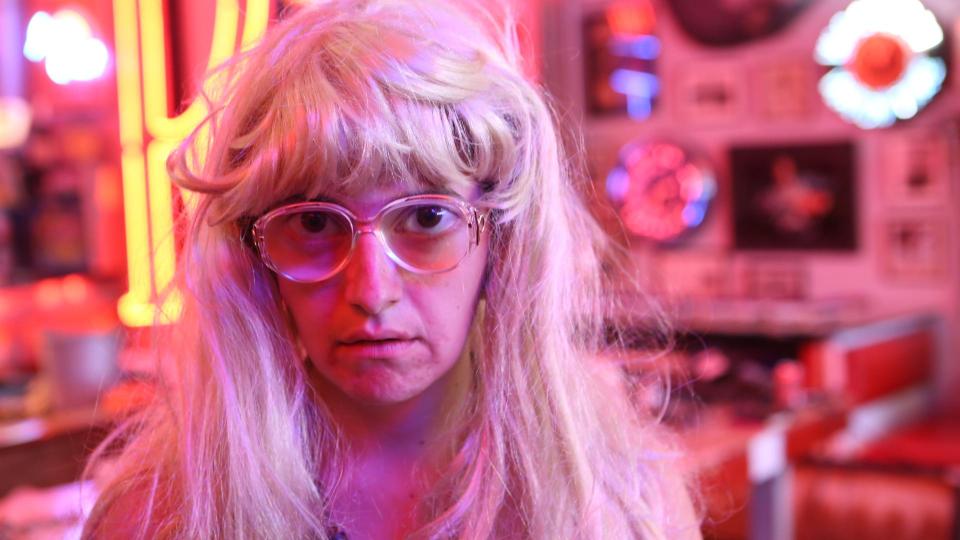 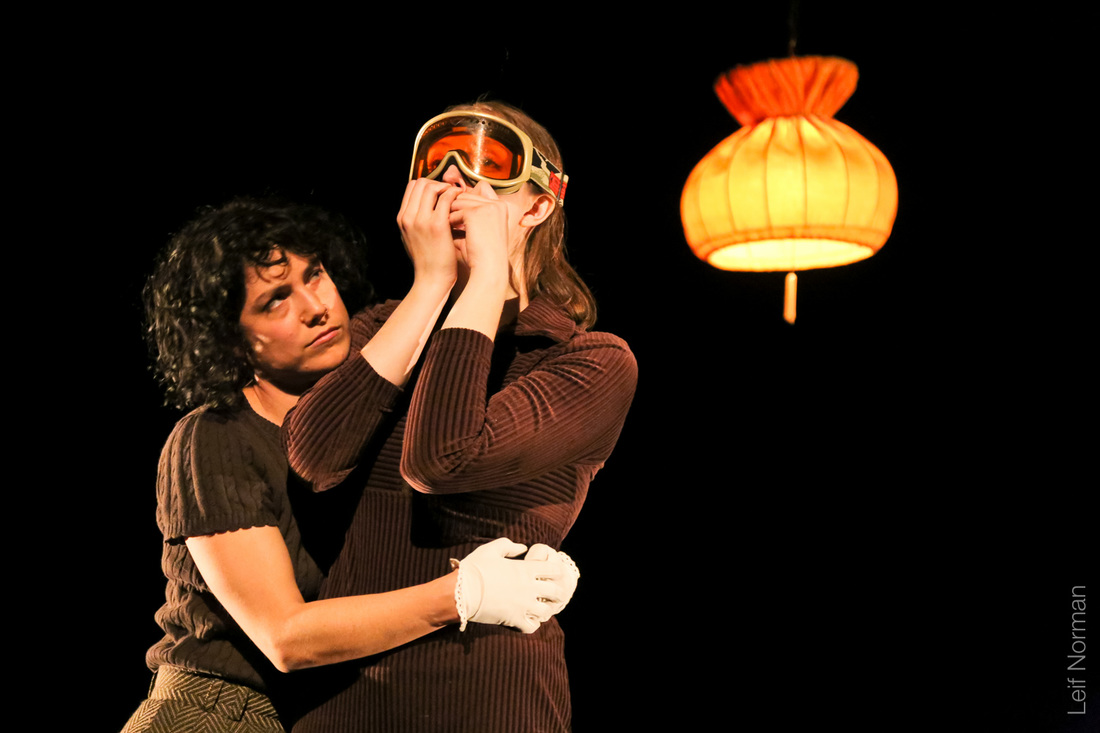 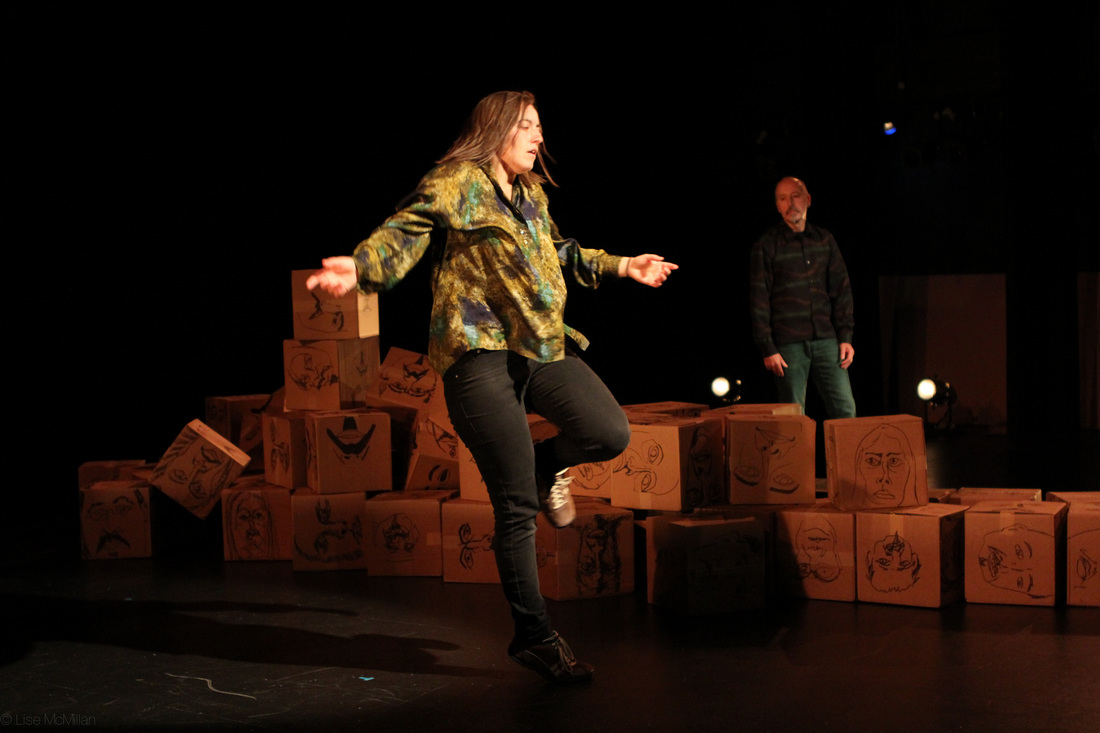 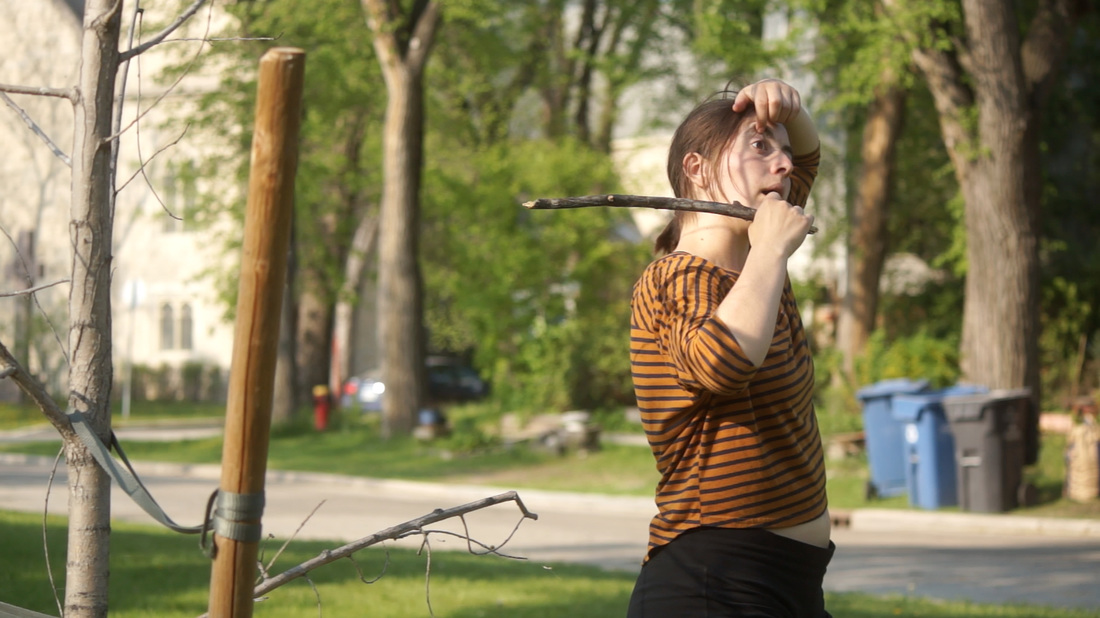 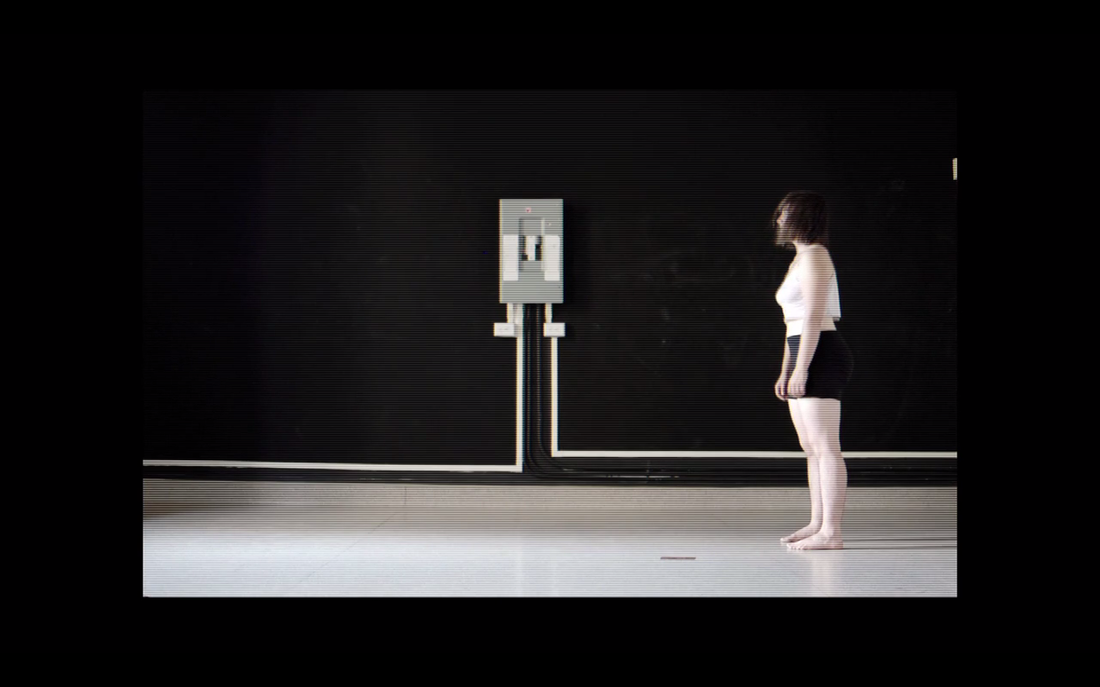 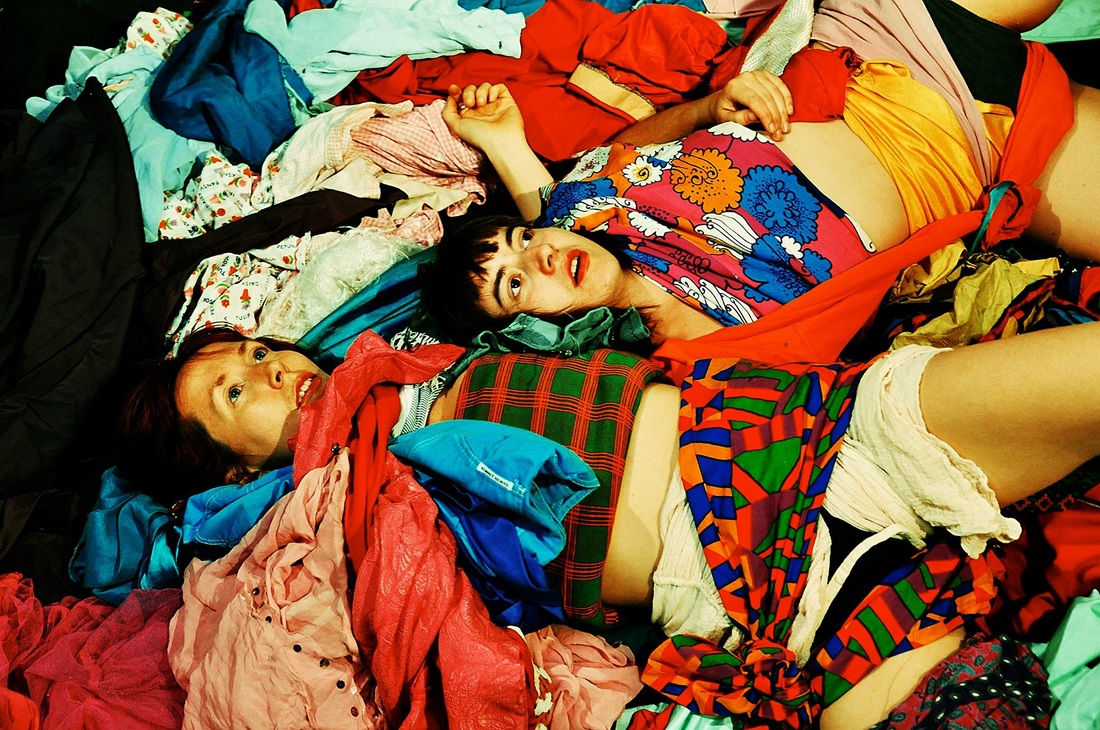 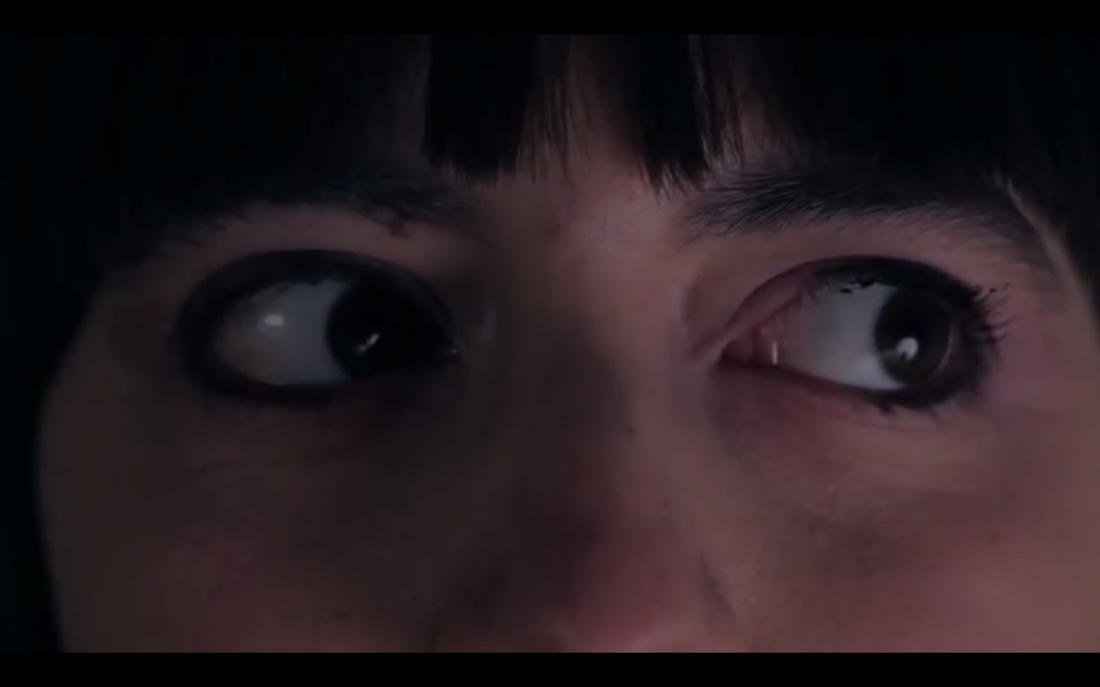 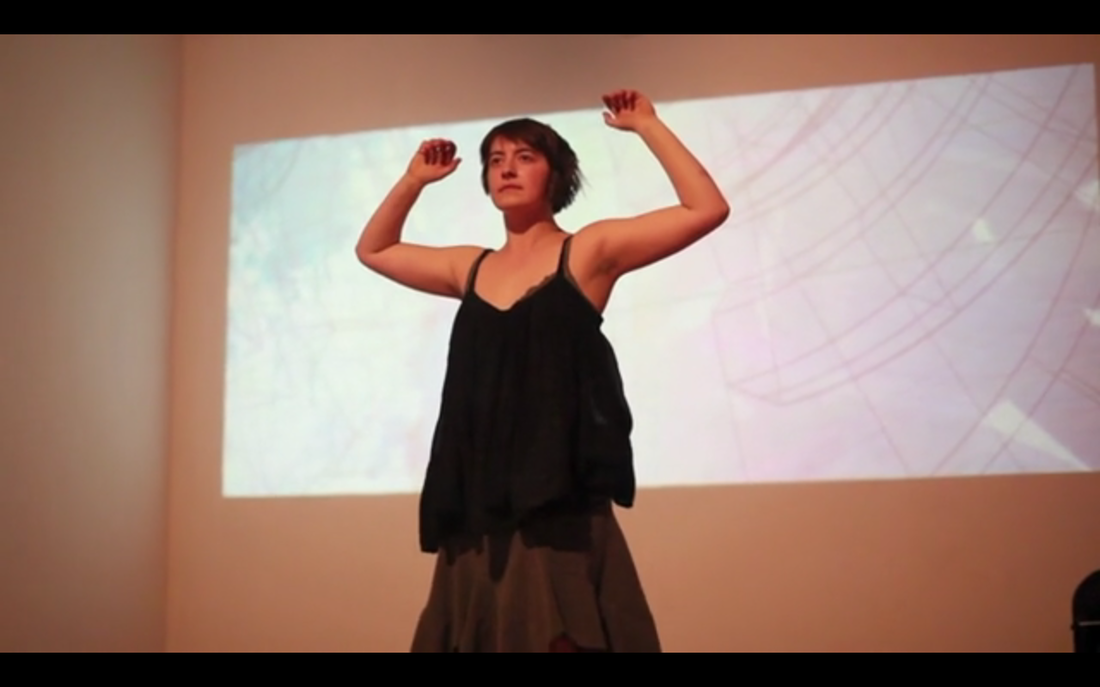